Hampton Rotary Club liaise with local secondary schools to sponsor a team of two students to represent a nominated country at an assembly modelled on the format and function of the United Nations. MUNA is actually a United Nations initiative and there are a variety of MUNAs held throughout the world.
For a weekend each May, the Legislative Assembly Chamber of the Victorian Parliament. Is taken over by students representing different countries to debate resolutions are based on some actually debated by the UN as well as some
proposed by the teams.

The purpose of MUNA is to encourage young people to learn about other nations and to understand and appreciate the workings of the United Nations while they develop debating skills and gain self confidence in public speaking. 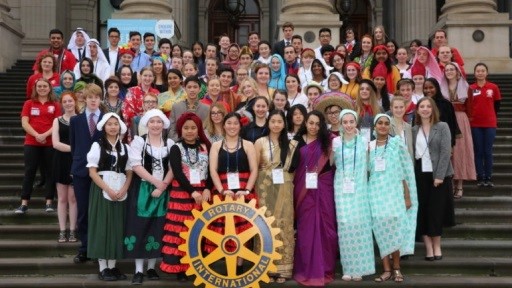