The Hampton Primary School Friendship Captains for 2021, having been elected by their peers, were announced at the school assembly on 10 December.  They are Sierra Rubin and Alexander Tzimos.

At the end of their year as Friendship Captains, Sierra and Alexander will be invited to attend a Club meeting and outline their experiences throughout the year.

The photo shows the Sierra and Alexander with Geoff Tickner 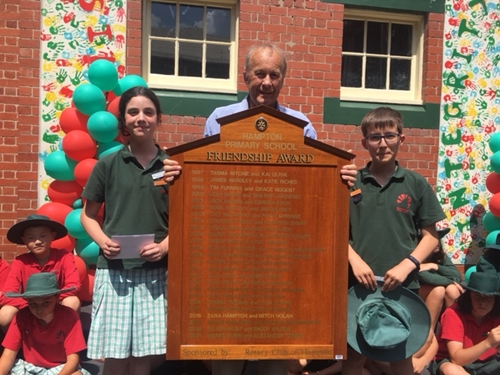 Kailem Thomas was the recipient of the 2020 Resilience Award for Berendale School at their assembly on 3rd December. He received a congratulatory letter together with a JB HiFi voucher and his name has been added to the Honour Board.

The recipient of the Resilience Award is always a Year 11 student so that they and fellow students can observe their name on the Honour Board throughout their final year at the school.  It is awarded to a student who in the opinion of staff has set and achieved goals to overcome their difficulties, participated in all school activities and readily assists and encourages others. 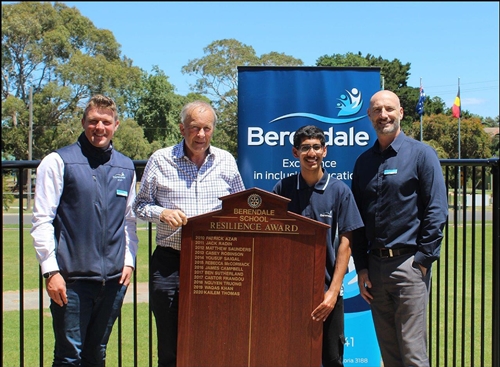 For 2021, two year 6 students were elected by their peers at the commencement of the school year. They were considered to best meet the criteria of kindness, responsibility, fairness, friendship and acceptance. In addition, staff considered they upheld the school principles.

Evie Leeds and James Jebb were elected as Friendship Captains.

The photo shows them with the Honour Board, school deputy principal Nathan Eddy and Geoff Tickner. 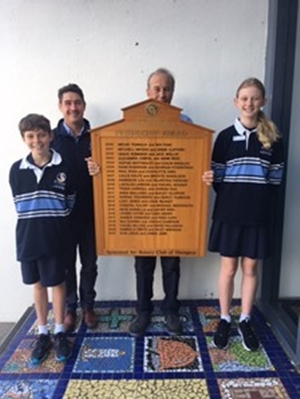 More about the awards